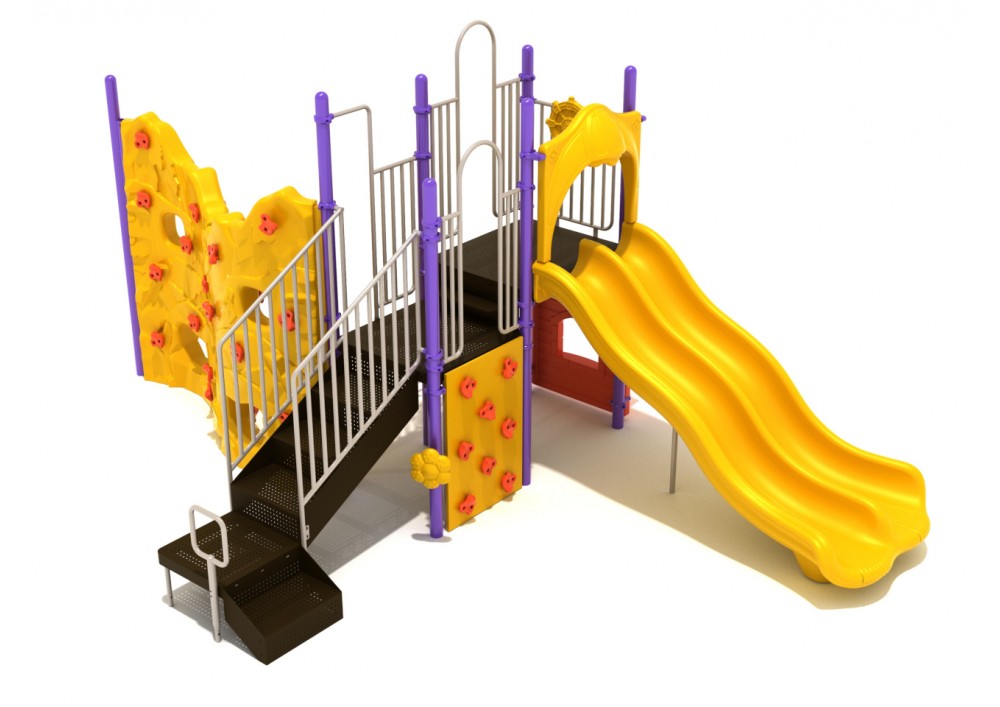 If you’re looking for a play structure with plenty of obstacles to climb, The Chattanooga play structure is one of the best models in this price range. Its defining feature is its use of rock climbing walls, which provide an exciting activity as well as some beneficial exercise. It has two Craggy Climber Turn Sections, which are tall, double-sided climbing walls that allow kids to climb up one side and down the other or even sideways across both of the walls. On the opposite side of the structure, there is a smaller Vertical PE Rock Climbing Wall, which can be used to climb up to the deck of the play structure. It even has a Chain Climber, which provides a flexible surface that moves as it is climbed. Any one of these climbers can be used to reach the upper area, which has a 60-inch Double Wave Slide, as well as a Ship’s Wheel that prominently sits at the highest end of the structure.