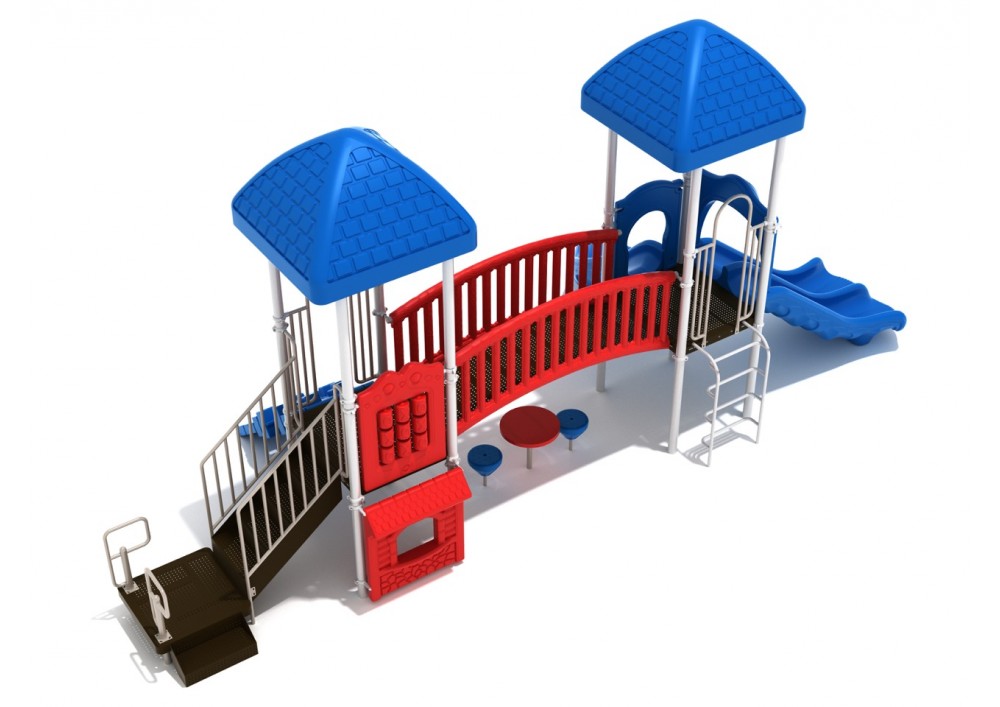 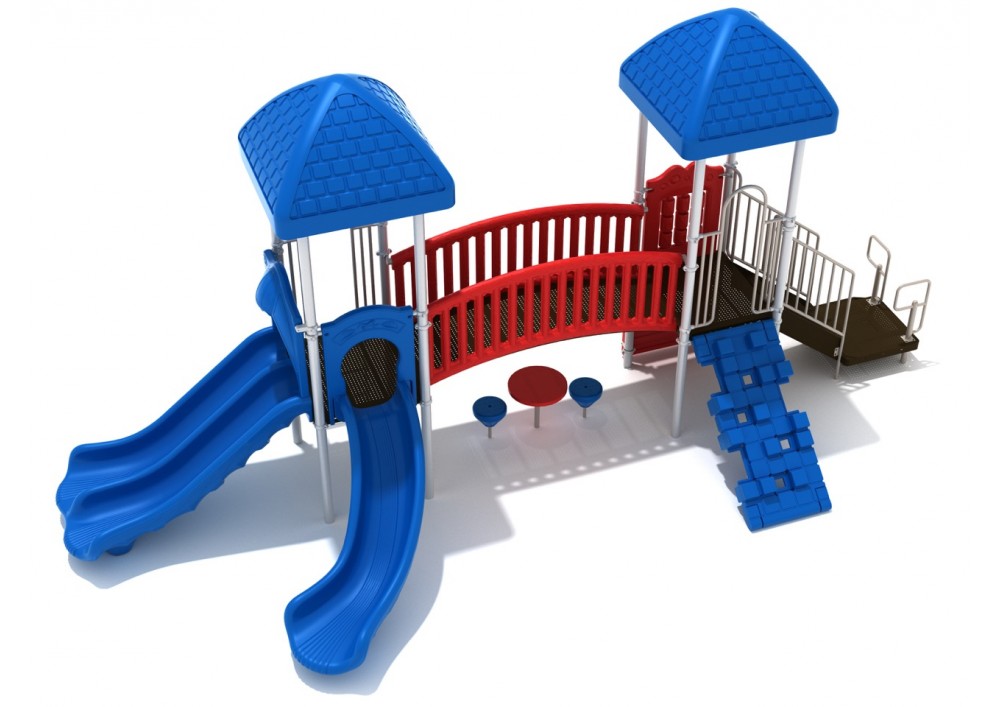 The Scranton play system is covered in charming components that give it a bright and safe appearance. The most noticeable of these is its long Bamboo Arch Bridge, which divides the structure into two towers. The bridge is protected on both sides by a fence, which makes it safe for kids to run across. Underneath it there is a small Table with Pebble Seats, where young children can sit and socialize in the shade of the bridge. Each of the towers has a 4-foot deck height with a Square Roof on top, giving them an impressive appearance that can be admired from all around the playground. One tower even has a Store Panel at its base, which adds to the impression that this is a castle rather than just a play system. And of course, Scranton has plenty of great climbers and slides, including a Pixel Climber and Double Slide.